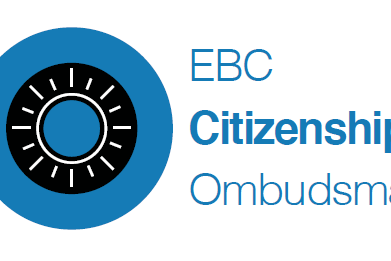 Document brings analyzes and complaints made throughout 2021

EBC Citizenship Ombudsman launch on Thursday (27th of January) the 2021 Report, the Public Communication Library and the Interactive Historical Map of EBC vehicles. The event will be on-line, during the Social Forum of Resistances and the World Social Forum Justice and Democracy 2022.

The initiative emerged with the launch of the first report, in December 2020, which analyzes the content published and broadcast by EBC, according to the principles of public communication, that should guide the production of TV Brasil, Nacional and MEC radios, Agência Brasil and Radioagência Nacional, as well as the profiles and posts of these vehicles on social networks.

Its website was launched at the beginning of 2021, and it served as a relevant platform to share our analysis and complaints, about misleads and irregularities committed inside EBC. In 2021, 33 content analyses, four signed articles and four public notes were published, in addition to news and support notes published by other entities.

This report brings the reviews of the interviews and statements made by president Jair Bolsonaro that were broadcasted without counterpoint, despite the numerous disinformation spread by him; poor coverage of anti-government demonstrations; coverage of the Covid-19 pandemic, which propagated denialist discourses, putting the population’s health at risk and propagating fake news; the disrespect for religious diversity by broadcasting the soap opera Os Dez Mandamentos, a private broadcast network’s production already aired repeatedly; the return of the reformulated program Sem Censura to interview ministers and pro-government personalities; and the use of journalism to cover topics without public interest.

But to be fair with the workers, the document must also point out EBC’s good productions in 2021. Some examples are the special news report on the centenary of playwright Maria Clara Machado; the EBC´s Collection; the coverage of the two-year Brumadinho´s tragedy; the program Caminhos da Reportagem; and the fact that the radio stations Nacional AM is now available on the FM band in new cities.

EBC, as a public communication company, has faced recurrent censorship and inappropriate interference under the management of the current federal government, and it was recently included in the National Privatization Program. Nevertheless, 2021 was a very productive year for those who have resisted the dismantling of the company.

Members of the Front in Defense of EBC and Public Communication articulated, with other entities, support against the company’s privatization and to arise consciousness among congressmen about the constitutional mission of EBC, including public hearings on the subject at the Congress, the National Council of Human Rights (CNDH), at the Brazilian Press Association (ABI). Besides, the Brazilian Society for the Progress of Science (SBPC), the Public Media Alliance (PMA), the International Association for Media and Communication Research (IAMCR) and the Organización Interamericana de Defensoras y Defensores de las Audiencias (OID) made public statements defending the maintenance and autonomy of EBC.

Surveys about the misuse of EBC vehicles were sent to the Senate’s Pandemia CPI, as well as to the Superior Electoral Court (TSE). EBC’s Citizenship Ombudsman also denounced the censorship that the official EBC’s Ombudsman started to suffer from EBC’s own management and Directors’ Board in 2021.

The survey about the interruptions in TV Brasil scheduling to transmit live broadcast events with president Bolsonaro had a lot of repercussions in the media as well as the denunciation of the use of “artificial intelligence” to translate Agência Brasil’s articles from Portuguese into Spanish and English during the company’s workers’ strike, in the second semester of 2021, which affected 100% of the foreign-speaking staff.

This report brings you a sample of what was published by EBC’s Citizenship Ombudsman throughout the year. Full texts and analyzis in Portuguese are available at https://ouvidoriacidadaebc.org/.

In addition to the second report, EBC’s Citizenship Ombudsman launch the Public Communication Library (https://ouvidoriacidadaebc.org/category/biblio/) and the Interactive Historical Map (https://ouvidoriacidadaebc.org/mapa-interativo-historico-da-ebc/). The library provides reading references on public communication, EBC and its vehicles, with download links. The Map is the result of Akemi Nitahara’s master’s research at UFRJ, a member of the extinct EBC´s Curator Council, and it brings a timeline with the historical and legal milestones of the company’s vehicles.

It’s never late to remember: EBC does not belong to the government! EBC belongs to Brazilian society and we are going to fight to keep it that way.