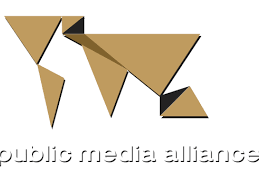 It is certainly nothing new that Brazil is going through one of the most challenging moments in its recent history. The advance of world conservatism has had its effects in the country since 2016, with the coup d’état against then-president Dilma Rousseff, of the Workers’ Party. Since then, a neoliberal agenda has imposed setbacks to important economic equality and democratic development policies. In 2018, the advance of conservatism entered another dimension with the election of Jair Bolsonaro, an ultra-right politician and retired military officer, who holds serious accusations of connection with the paramilitary militia.

Bolsonaro’s government has deepened neoliberal policies with an agenda of privatisation and destruction of the minimum Welfare State that Brazil had preserved in the last two decades. We are currently watching perplexed, as the country collapses down the rankings of economic, social, and democratic development indicators. Concrete examples of this setback are the return of thousands of people to poverty – aggravated by the Covid-19 pandemic and the irresponsible way in which the government addressed the issue – the increase in Amazon deforestation and other tropical biomes, the weakening of democratic institutions, and the systematic attack on the media, especially the public media.

It is about this latest attack that we dedicate this article. First, it should be put into context that the creation of a public media company in Brazil, Empresa Brasil de Comunicação (EBC), came to be only in 2007, almost 30 years after it was predicted in our federal constitution. Created under the then-president Luiz Inácio Lula da Silva, the EBC was one of the most important communication policies of the labor government, responding to a demand from the national movement for the democratisation of communication.

Brazil did not have enough time to know and understand the importance of public media.

Previously in Brazil, the popularisation and consolidation of the mass media took place through private companies. Government communication has also been present, though more timidly, since the 1930s. Public service broadcasting, on the other hand, was born late and without the autonomy and investment necessary for conquering Brazilian audiences. Even with that, in its first 10 years, EBC was fulfilling an important role in bringing a plurality of voices, content, and formats, besides encouraging critical thinking and investment in local productions. In addition, with the representation of society through a Board of Trustees, EBC was gradually overcoming its limitations. Brazil, however, did not have enough time to know and understand the importance of public media.

The first attack against EBC’s maintenance was taken by Michel Temer’s government, in 2016, who changed the law that regulates the company, extinguishing the Board of Trustees. Two years later, still in the electoral campaign, Jair Bolsonaro announced his intention to privatise EBC. His election, in 2018, quickly deepened the process of EBC’s misconfiguration, both regarding its guidelines and autonomy. Civil society and workers, however, remain vigilant and denounce the political use of public communication structure for government propaganda and personal promotion of the president 1.

In April of this year, EBC was included in the National Privatization Program (PND). On November 3rd, the National Bank for Economic and Social Development (BNDES) advanced in yet another stage of the Company’s privatisation project and opened a public call to “map the companies that have the necessary skills to prepare specialised studies to structure and implement the privatisation process of EBC”.

At first, the project considers four possible scenarios: maintaining the company as it currently stands; the resizing of the company, with the readjustment of functions and/or sale of assets; the privatisation of the company; or liquidation, which would be the closure of activities.

Although there is still the possibility of keeping EBC as it is, the government already showed its real intention in doing away with the public media. In October, the special secretary of the Investment Partnership Program (PPI) of the Ministry of Economy, Martha Seillier, stated that the privatisation model to be adopted for the EBC should be defined by mid-2022. And, in May, the Minister of Communications, Fábio Faria, affirmed that privatising or extinguishing the EBC was a campaign promise by President Jair Bolsonaro and that, therefore, the process would continue.

What civil society, academia, and EBC workers are fighting for at the moment, is to maintain the Company structure, even if uncharacterised, so that in a future resumption of the country’s democratic development, the public media can contribute to it. We understand that without democracy there are no free media and no autonomous public communication service. We also recognise the fundamental role of this type of media in promoting citizenship and human rights, as well as we are aware of the incompatibility of this type of service with authoritarian governments.

Privatising the Brazilian public media company will probably interrupt the service for good, as the permissions to use the spectrum might be granted to private actors, who already occupy the majority of this broadcast service sphere. Not to mention that there are chances of these spectrum bands being granted to government supporters, religious or conservative broadcasters, as has already been done with other concessions.

Hence, even if state broadcasters are currently fulfilling the vexing function of serving the interests of the president of the republic, to keep portions of the spectrum is an important resistance. Radio and television concessions in Brazil last for 15 and 10 years, respectively, and for a concessionaire to lose the right to exploit a concession it is necessary that a large majority of the National Congress take a nominal position against such renewal, which in practice is almost impossible.

We also recognise the fundamental role of this type of media in promoting citizenship and human rights.

We reiterate the importance of the EBC in promoting a more diverse and democratic media environment amidst the huge concentration of private media in Brazil, as well as offering diversified content, free of advertisement and nationwide. There is no provision of public communication service by a private company. Privatising EBC means removing society’s right to information and entertainment without the influence of the market or the governments.

Akemi Nitahara is a journalist at EBC, a master in communication, member of the EBC’s Employees Commission and the EBC’s Defense Front. Akemi was a member of EBC’s Board of Trustees when it was extinguished in 2016.

1 One of the workers and civil society’s most recent initiatives in preserving the company’s legacy is the EBC Citizen Ombudsman, which has published several complaints about the misuse of EBC by the government. Available at https://ouvidoriacidadaebc.org/.